There has been a port in Bristol since Roman times providing a vital connection between England and the world; this proud shipping tradition continues today 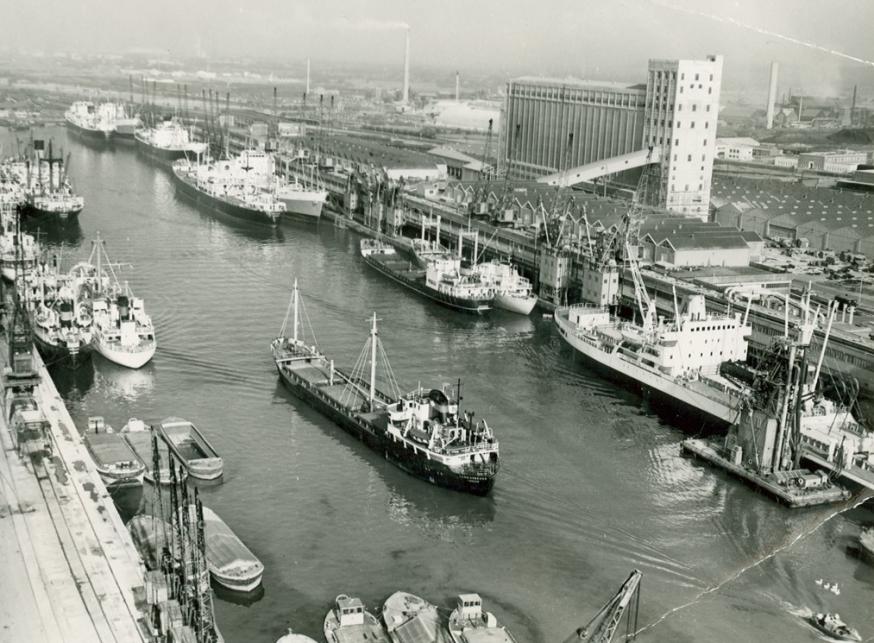 Portus Abonae was the name of the Roman port at Sea Mills, up river from the modern business, where the Romans established a military town and port in the 1st Century AD.  Archaeologists have identified that the Roman period of occupation ended during the 4th Century AD.  Visitors can still see Roman remains today at Sea Mills and Kings Weston Roman Villa.

The development of Bristol City Docks

Located six miles inland from where the River Avon flows into the Severn Estuary, the City of Bristol developed where it was most convenient to cross the Avon and where ships could be carried to the harbour on the tidal current. In 1239 the first quays were built along the River Frome near where it joins the River Avon in what is now the centre of Bristol.  By the 14th Century Bristol was trading with countries such as Spain, Portugal & Iceland.  John Cabot set sail from Bristol in 1497 hoping to find the passage to Eastern Indonesia but discovered America/Newfoundland instead.  A replica of his ship The Matthew was built in 1996 and in 1997 she followed the same course as John Cabot and sailed across to Newfoundland to recreate this historic voyage.  The Matthew is often moored alongside the other iconic Bristol built ship open to visitors today - ss Great Britain the world's first screw propelled, ocean-going, iron ship.

The Pill Hobblers are known to have existed in 1494.  They still provide the linesmen who handle the lines for all shipping coming through the locks and onto the quaysides at Avonmouth and Royal Portbury Docks.  Bristol was England’s second largest city by the 1760s but the docks were losing trade to Liverpool as they were so congested and Liverpool had more capacity.  The crowded City Docks also had problems when fire spread amongst closely packed ships.  Bristol trades included exports of woollen and other manufactured goods and imports of sugar cane, tobacco, rum and cocoa.

The Severn Estuary has the third highest tidal range in the world (after the Bay of Fundy and Bay of Ungava, both in Canada) and even in the centre of Bristol the water level can change as much as 12m each tide.  Ships were built stronger to cope with being stranded on the mud when the tide went out but the tidal conditions caused delays and congestion acting as a brake on the growth of trade through Bristol .  To counteract this extreme rise and fall of water in the docks with each tide, the Merchants of Bristol needed to find an engineering solution.  Renowned Canal Engineer William Jessop was commissioned to design the Floating Harbour which opened in 1809.  Around 80 acres of tidal river was impounded allowing ships to remain afloat at all states of the tide which gave the city new growth.

The creation of Avonmouth Dock

Throughout the Industrial Revolution, ships were built larger to carry more cargo.  Although this was aimed at increasing efficiency, it also increased the risk of larger vessels running aground as they tried to navigate the winding six miles from the city to the mouth of the River Avon.  By the middle of the 19th Century Bristol City docks were often cut off when ships ran aground blocking all shipping until the wreck could be cleared.  Three entrepreneurial Bristol businessmen decided to build a new dock to handle these larger vessels on the green fields at what became known as Avonmouth - right at the mouth of the River Avon.  Avonmouth Dock opened in 1877.  Initially it failed to prosper as it was in competition with the City Docks run by the Port of Bristol Authority (PBA).  However in 1884 the PBA took over Avonmouth Docks too; having the same organisation running the City and Avonmouth Docks was a recipe for success and Avonmouth prospered.  In 1908 Avonmouth Docks were extended and the Royal Edward Dock was opened by His Majesty King Edward VII.

The creation of Royal Portbury Dock

By the 1960s vessels were again getting larger and containerisation - moving goods around the world in standard sized metal boxes - was taking hold.  Avonmouth Dock was not able to cope with the new trade so Bristol City Council decided to build a new dock (originally known as the West Dock) across the river.  After delays getting permission to build, Royal Portbury Dock was opened by Her Majesty Queen Elizabeth II in 1977.  With the biggest locks in Western Europe it was the right size to handle the growing container trade but, as it was late into the market, the container shipping lines had already committed to other ports so Royal Portbury Dock did not prosper.  In fact it was a financial burden on Bristol City tax payers who had to cover the interest on the money the Council had borrowed to build the Dock.  Decline set in for both Avonmouth and Royal Portbury Docks and thousands of jobs were under threat.

Privatisation and the new era

By good fortune, two entrepreneurs spotted the opportunity to buy the business and invest in rejuvenating Bristol's proud shipping heritage.  Terence Mordaunt and David Ord privatised the business in 1991 and since then £600 million has been invested to create a modern, thriving business offering the full range of shipping, distribution and logistics services.  Bristol City Council continues to benefit from the business receiving dividends from the profits each year as well as the economic benefit of having the stimulus of one of the UK's major ports here.  With continuing plans to invest in the future to accommodate the largest new container vessels, and working in partnership with employees and the UNITE trade union, Bristol Port's place in the global shipping community is assured.

The Port recently discovered in the archives, a brochure celebrating the centenary of Avonmouth Dock and the opening of Royal Portbury Dock by Queen Elizabeth II in 1977. Click here to view this amazing historical document