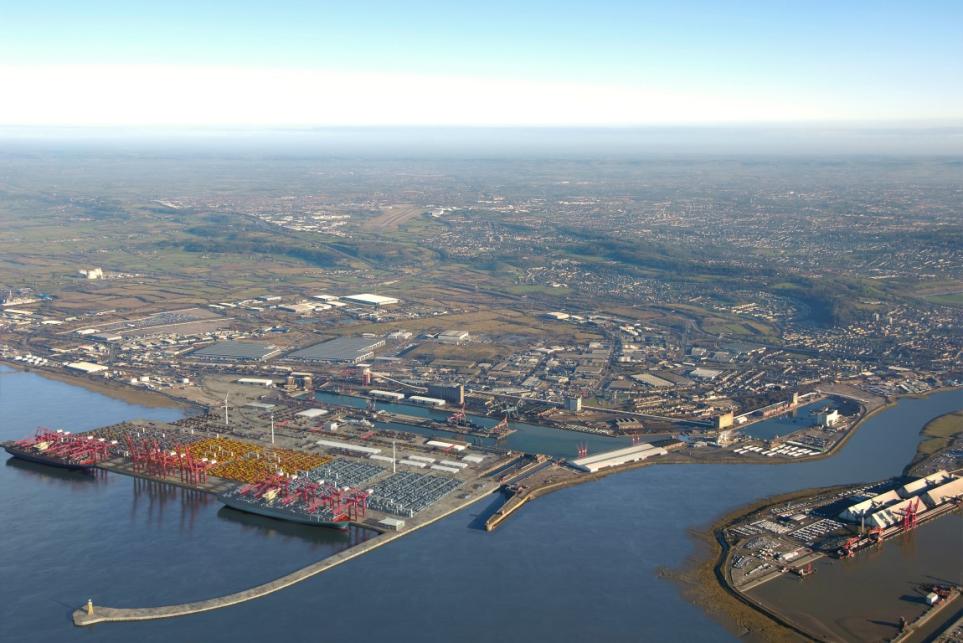 Bristol is the only deep sea port in the UK with direct motorway and rail from the port to all points of the compass.  It is closer to more of the UK's container destinations than any other deep sea container port reducing time and costs on the inland leg of the journey.

The pages below provide more information on the new terminal.

Recent trends and changes in the container port market provide the background to Bristol Port's decision to create new facilities at Avonmouth.

There is an imbalance between the established location of UK ports and the distribution of inland container destinations; the inland distance travelled to final destination is increasingly significant for cargo owners.

Studies show that Bristol Port is closer to a higher proportion of the UK’s container market than ports in the South and East and has a strong competitive position in a national and international market increasingly sensitive to location.

There are also potential benefits of port expansion for the regional and local economy:

The Bristol Port Company takes its responsbility for the environment very seriously. The environmental impacts of the new Deep Sea Container Terminal have been closely examined as part of the application for a Harbour Revision Order and the Company has worked with the RSPB, Natural England, the Environment Agency and a range of other expert bodies to agree suitable compensation and mitigation arrangements.

In particular the Port intends to create new habitat at the Steart Peninsula in Bridgwater Bay to compensate for changing the landscape at Avonmouth.  As well as creating habitat for flora and fauna, a significant benefit of this major project will be to help local people whose homes are increasingly under threat from encroachment by the sea.

The aim is to create habitat that is sustainable with minimum ongoing management.

Key to this are:

Consultation events were held in the Steart area in 2011 so that all interested parties could hear the details of the scheme design and so that the Port could adapt its proposals to take into account local knowledge and needs.  The Port subsequently obtained planning permission for its scheme.  If you would like further information on the habitat creation scheme please email [email protected]

Answers to some common questions on the Deep Sea Container Terminal development.
What is proposed?

The creation of a Deep Sea Container Terminal on a brownfeld site in Avonmouth Docks.

Why is this needed?

The Port has always grown to accommodate bigger ships and to survive. This was why Avonmouth Docks were built in 1877 and why Royal Portbury Docks were created in 1977. Now ships are getting bigger still in order to move goods round the world more efficiently.  The UK does not have enough container terminals to handle the projected throughput of containers so Bristol needs to be able to handle the new generation of container ships.

What are the benefits?

Bristol is significantly closer to the national container market than other container ports which will mean savings for the rail and road networks.

When will this happen?

We are currently waiting for global economic conditions to improve. Once construction starts the terminal will be ready in 3 years.

How many jobs will be created?

The nearest houses are over one kilometre from the new Deep Sea Container Terminal so there will be no discernible increase in noise.

How will cargo be moved to and from the Terminal?

Transhipment to other sea ports in ships;

Road - the majority of road traffic will go north on the M5, via 400 metres of dual carriageway between the Port and the motorway.

What will be the effect on traffic?

This proposal will mean an increase in traffic of less than 5% on Crowley Way. Traffic from the new warehousing and other business around Avonmouth and to the North is growing steadily. The port is advocating the opening of a new junction on the M49 to deal with traffic from those areas.

Trains could carry up to 40% of the cargo from the new Terminal.

APPLICATION FOR EXTENSION OF PERIOD FOR COMPLETION OF WORKS

NOTICE IS HEREBY GIVEN THAT First Corporate Shipping Limited trading as the Bristol Port Company (BPC) has applied to the Secretary of State under article 7 of S.I. 2010 No. 2020, the Port of Bristol (Deep Sea Container Terminal) Harbour Revision Order 2010 (“the Order”), for an extension of the period for completion of the works authorised by the Order by ten years, thus setting a new deadline of 31 August 2030 for the completion of the works.  The contents page of the Order can be found at the following link:

The above link contains a further link which enables the whole of the original Order to be viewed,

BPC remains convinced of the need for additional deep sea container capacity at Bristol.   However, BPC considers that the recession has led to a downturn in demand in the short term such that it is now envisaged that the authorised works may not be completed (or all parts substantially commenced) within the ten year period currently allowed by the Order, which expires on 31 August 2020.  BPC has therefore applied for a ten year extension.

A copy of the Order is also available for inspection between the hours of 9.30am and 4pm, Monday to Friday at the Department for Transport’s Headquarters at the address given below and at the offices of BPC at the address at the foot of this notice.

The Secretary of State is minded to grant the extension, subject to consideration of any written comments received on it.  Anyone wishing to express a view on this  proposal should write to the Secretary of State, c/o Caroline Wall, Department for Transport, Ports Governance Branch, Zone 2/32, Great Minster House, 76 Marsham Street, London SW1P 4DR or by e-mail to [email protected] within six weeks of the date at the foot of this notice, quoting reference MARI 17/11/2, giving an address to which correspondence relating to the comments may be sent.  Your response may be shared or made public.