Bristol Port’s role as a key gateway to world markets for British farmers was reinforced this month by the extension of a deal with one of the UK’s largest grain exporters. 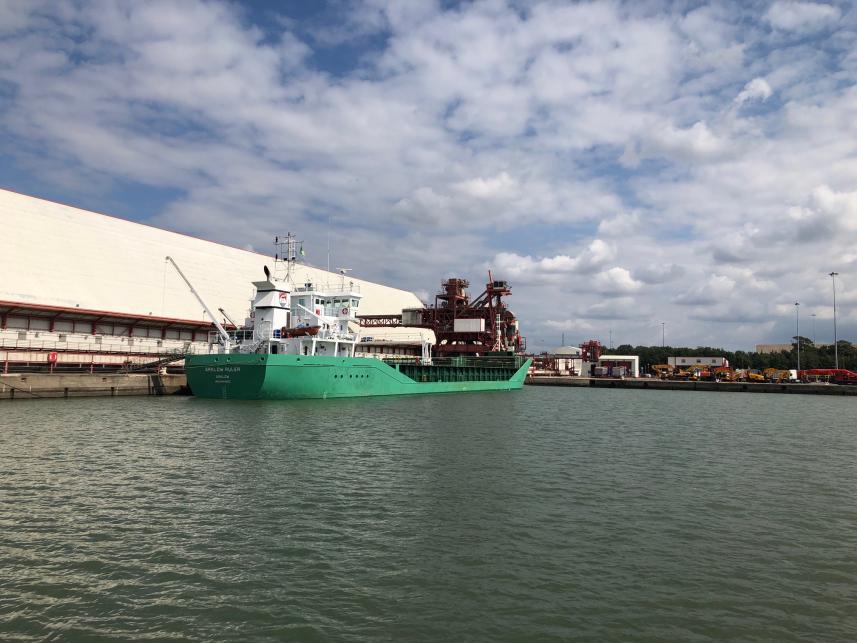 Arklow Ruler loaded with grain for Openfield, with the Port's Grain Terminal to the right.

The partnership between The Bristol Port Company and Openfield, the British farmer-owned co-operative representing more than 4,000 farmers, has been extended until at least June 2021. Jonathan Mordaunt, Commercial Director at the Port, said: “We are delighted to extend our relationship which gives Openfield access to one of the UK’s largest deep water-port facilities. We have the ability to load Panamax vessels, connecting us with global destinations away from traditional EU countries.”

This deal will enable Openfield to provide export contracts for farmers based locally in the south west, and further afield in the Cotswolds, Midlands, and south of England.

Bristol Port prides itself on being a key part of the supply chain for British agriculture – handling everything from heavy machinery, materials and fertilizer to packaging for produce. It has invested heavily in its Agricultural Bulk Shed (ABS) facilities, and is a long-established leader in grain exports. ‘Tipping’ times can be as little as five minutes and the Port is capable of handling up to 9,000 tonnes of grain per day, equivalent to over 300 trucks.

Mark Worrell, Openfield’s Chief Operating Officer, said “Openfield’s strategy is to work with our members and connect them with some of the best known global food and drink brands. This is a fantastic opportunity for us to continue to offer a link between Openfield members and the wider international market.” In 2015 Openfield exported a quarter of the UK’ s total grain market, with 750,000 tonnes of grain exported from Portbury and Avonmouth.